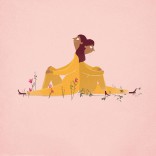 Have you thought about adapting your home for net-zero?

According to a coalition of consumer and industry groups, it is currently too complicated, and often things go wrong.

In an open letter to the Prime Minister, the groups led by Citizens Advice are urging the government to work with them to deal with the current obstacles faced by consumers.

Citizens Advice, Which?, Aldersgate Group and the Federation of Master Builders want the government to ensure the UK can decarbonise its 29 million homes.

The coalition argues that the process of installing low-carbon heating, upgrading insulation or installing smart technologies is currently time-consuming, confusing and stressful.

In addition, things go wrong too often. They argue the process of making home adaptations is often beset by problems, including poor installation, failed technology and trouble fixing issues.

The coalition wants the government to avoid the mistakes of past energy efficiency schemes, which in some cases left consumers with long-term problems in their homes, such as damp and mould.

They urge the government to provide better information about the steps to take and what technologies to install. This information should be more accessible to consumers and unbiased.

Consumer protections should be fit for purpose. In the past, energy efficiency schemes have been marred by scammers and rogue traders.

On costs, the coalition argues that many people will need financial support to change their homes. They are calling on the government to introduce a long-term policy framework to provide certainty to consumers and businesses, offering predictable and well-advertised grants, low-cost loans and financing.

“Our evidence is clear. Right now, making green changes to homes is too confusing and too often things go wrong for those trying to do the right thing. The public are behind the net-zero transition, but they need the right information and tools, particularly when it comes to adapting their home.

“By getting things right now, the government can give people the confidence to make changes and play their part in getting to net zero.”

“With our homes consuming 35% of all energy in the UK and emitting 20% of our total carbon dioxide emissions, it’s clear that net zero will only be possible alongside a long-term plan to green our homes. Short-term interventions, such as the prematurely closed Green Homes Grants Scheme, served only to undermine, rather than create, certainty for both consumers and builders.”

“Any policy framework must be long-term, allowing time for local building firms to complete the relevant training to retrofit homes. Homeowners need to be informed about what changes need to happen to their home to make it environmentally-friendly. We recommend each building should have a renovation passport, setting out the path to net zero. We also need a locally-led approach that is sensitive to local communities’ needs.”