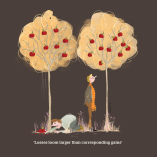 In our latest monthly investment update for July 2020, we take a look at how the global investment markets, economy and commodities are performing.

The index fell at the end of the month on negative economic data, but still recorded its best quarterly performance in a decade, up 8.8%.

The UK economy contracted by 2.2% in the quarter between January and March, with Prime Minister Boris Johnson promising in a speech to fast-track £5 billion of infrastructure investment in response.

Announcing the investment programme, Johnson admitted that the UK faces a worse economic recession than the 2008 global financial crisis.

“There is a debate about which letter of the alphabet will best describe the path of the economy. It is early days, but my reading of the evidence is so far, so V.”

The prediction for a V-shaped recovery was based on a number of unofficial economic indicators, including credit card transactions, Google search and High Street footfall.

Haldane predicted an 8% economic decline for the UK in 2020, lower than the 17% contraction forecast by the Bank of England in May.

Away from London’s largest cap stocks, the mid-cap index delivered its best quarter in eight years. The FTSE 250 index has risen by around 39% from its lows following the crash in March.

UK house prices fell by 0.1% in June compared to the same month a year ago. The latest Nationwide house price index recorded its first annual fall in average prices since December 2012.

Compared with May, house prices fell by 1.4% on average.

“With lockdown measures due to be eased in the weeks ahead, housing market activity is likely to edge higher in the near term, albeit remaining below pre-pandemic levels. Nevertheless, the medium-term outlook for the housing market remains highly uncertain.”

The British Chambers of Commerce latest Quarterly Economic Survey reported that 11 of 14 key service sector economic indicators fell to their lowest levels in the 31-year history of the survey.

The survey of 7,700 businesses, with 580,000 employees, concluded that economic conditions in the quarter between April and June “deteriorated at an unprecedented rate.”

Business confidence in the UK also remains at near-record lows, despite a rise in sentiment last month. The Lloyds Bank Commercial Banking Business Barometer shows confidence rising 3% to -30% in June, its highest since March and the first increase since January.

Rating agency S&P Global has slashed its forecasts for the UK, forecasting an 8.1% decline in the UK economy and warning of a “perfect storm” in 2021, if a Brexit trade deal is not agreed.

S&P is no longer assuming the Brexit transition period will be extended this year, expecting instead that the UK will achieve a “core” free trade deal starting next year.

The perfect storm it warns about is a second, bigger wave of coronavirus infections in the autumn, followed by a move to World Trade Organisation (WTO) rules in January.

In the US, employers reported an additional 170,219 job losses in June. According to global outplacement firm Challenger, Gray & Christmas, job losses rose by 306% compared with June last year.

“We are beginning to see the impact of the recession spreading to companies that were not directly impacted by the virus. At the same time, companies that attempted to reopen but were only able to attract a fraction of their pre-COVID customers are closing down again. Meanwhile, a number of high-profile companies are filing for bankruptcy.”

US data shows 1.5 million weekly claims for unemployment benefits, holding steady with applications falling from a historic high of 6.867 million at the end of March. It means that more than 30 million people in the US were collecting unemployment benefits in the first week of June.

On the US markets, futures fell at the start of June following a record single-day spike in new coronavirus cases. Investors are worried about the threat of another lockdown and its impact on the US economy.

In China, the economic recovery appears to be gathering momentum, with exports and services benefiting from government support policies and the reopening of some overseas markets.

Oil prices have experienced their best quarter in 30 years, recovering following a dramatic crash in March. Brent crude futures rose by more than 80% in the second quarter, with US West Texas Intermediate rising by 91%.

Despite these significant gains in recent weeks, both indices remain below their opening prices at the start of the year, down more than 34%.

The benchmark 10-year government bond (gilt) yield fell to 0.213% at the start of July, with investors continuing to seek the relative safety of this asset class.