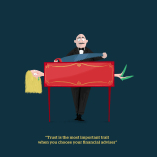 In our latest monthly investment update for March 2021, we take a look at how the global investment markets, economy and commodities are performing.

On the final day of trading in February, the index experienced its worst daily performance since September, reversing almost all of the gains achieved during the month. The FTSE 100 lost ground due to rising pressure on global metal prices, hitting the price of mining stocks.

There was a similar picture on European stock markets at the end of February, as three weeks of gains were lost due to investor concerns about rising price inflation and higher interest rates, as bond yields rose. Tech stocks led the reversal on European markets, after touching 20-year highs.

In the US, the Dow Jones fell further at the end of February, experiencing its heaviest sell-off since October, when it fell 3.5% on the penultimate day of February trading.

Bank of England chief economist Andy Haldane warned there may be an “inflationary tiger” on the loose, with the potential for interest rates to go up sooner than market expectations. He warned central bankers against being complacent about the risks of rising inflation.

US Treasury yields were also pushed higher due to expectations of stronger economic growth in the US and fears of higher price inflation, following the $1.9 trillion economic stimulus package proposed by US president Joe Biden.

In the UK, as lockdown continues, Brits paid off an impressive £2.4 billion worth of debt in January, thanks to enforced savings. The latest Bank of England data shows that £18.5 billion was added to consumer deposits in January, with a savings rate at nearly four times the average monthly level.

However, some of this increased savings activity might be the result of £3.5 billion withdrawn from National Savings & Investment Accounts in January, following a significant cut to their interest rates and prize levels.

The Bank also reported that banks and building societies approved almost 99,000 mortgages in January, down by around 4,000 compared to a month earlier, but more than expected by economists.

Ahead of the UK’s Budget statement this week, Chancellor Rishi Sunak has shared some details of a new sovereign green savings bond, the first in the world available to retail investors. The bond is designed to help fund a move to net-zero carbon emissions by 2050.

The sovereign green savings bond will help the government raise money to invest in renewable energy and clean transportation projects. It will be announced alongside other programmes that will receive funding from the £1 billion Net Zero Innovation Portfolio; a UK-wide scheme designed to support the development of the innovative technologies needed to reach net-zero.

With the Budget looming, there are fears that the Chancellor will start to hike tax rates, in an attempt to start repaying some of the government debt incurred to fund the pandemic response. The Institute for Public Policy Research says that targeted tax rises, aimed at businesses and the wealthy, are unlikely to derail the UK’s economic recovery.

The IPPR thinks that increases to corporation tax, capital gains tax, inheritance tax and stamp duty would have a negligible impact on the economic recovery following Covid-19. Increases to these four taxes would raise £55 billion for the Treasury, which would outweigh the limited drag on economic growth they would cause.

However, the Treasury committee of MPs has said that now is not the time for tax rises, as they risk undermining the economic recovery.

“Putting up taxes is in general not a great thing to do but we are where we are and I think the committee view is that looking at income tax and looking at corporation tax is... the right way to go.”

Property website Rightmove is forecasting continued robust market growth this year. The current stamp duty holiday, which is scheduled to end next month, is expected to be extended until the end of June.

UK factory output rose at its slowest pace since May last month, with disruption to supply chains and higher costs due to Brexit and Covid-19. The output component of the IHS Markit/CIPS Manufacturing Purchasing Managers’ Index (PMI) was 50.5 in February, down from 50.7 in January. The broader index reading reached a two-month high of 55.1, up from 54.1 in January, with much of the rise reflecting extended delivery times and higher costs.

The benchmark 10-year government bond (gilt) yield rose during February, reaching 0.788% at the start of March. While increasing due to concerns about rising price inflation, the yield remains very low by historical standards.