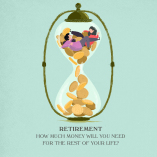 One step away from recession.

It’s official. The UK economy has shrunk in size for the first time in seven years.

According to the latest official figures from the Office for National Statistics (ONS), the British economy contracted during the second quarter.

Economists were already predicting a weak second quarter, with an average forecast of 0%.

Instead, the official figures point to a 0.2% decline in the gross domestic product (GDP), placing the UK economy on a recession footing.

The technical definition of a recession is two consecutive quarters of GDP decline.

We won’t know for sure whether this level has been breached until after the end of September when the ONS publishes their first estimate for the third quarter.

If a recession transpires, it would be our first since the global financial crisis more than a decade earlier.

But what’s behind the economic decline experienced in the second quarter?

Predictions of a weak second quarter were driven by stockpiling by companies ahead of the original Brexit deadline.

The manufacturing sector, in particular, contributed to the decline, with some factories scheduling their usual summer maintenance shutdown for earlier in the year, immediately following the original March Brexit deadline.

This stockpiling and shutdown combination resulted in the fastest rate of contraction in the manufacturing sector since its deep recession of 2009.

Also, the services sector grew at a more modest rate than usual. It was the weakest growth in the service sector in three years.

So are we destined to enter recession in the third quarter, just as the UK prepares to leave the European Union, with or without a trade deal?

A new survey of economists suggests they expect the British economy to grow by 0.3% in the third quarter, reversing the second-quarter decline and resulting in a slightly larger GDP.

But a considerable amount will depend on how businesses respond to the direction of Brexit between now and the end of October. Business confidence could be crushed by a political event, including a snap election, that results in more uncertainty.

“On the face of it, this first contraction in GDP in almost seven years is a surprise. But the fall in output in the second quarter is largely due to the
impact of the scheduled date of 29 March for the UK to leave the EU.

“Some manufacturers, especially carmakers, brought forward their annual shutdowns to April rather than the summer and this contributed to a large
drop in manufacturing output in the second quarter.

“In addition, stocks built up in anticipation of a March EU exit were likely run down in the second quarter, dragging growth down further. There is
likely to be a rebound in activity in the third quarter and so we do not expect the UK to enter recession, despite fears of this being expressed.

“But economic confidence has been dented here in the UK, as our last Q2 edition of our Global Economic Conditions Survey (GECS) showed. The message from the GECS continues to be moderate growth, restrained by stagnant business investment spending held back by Brexit uncertainty. Consumer spending, supported by rising real incomes, will help support modest economic growth in coming months.

What’s always worth keeping in mind, during times of economic downturn, is the usual lack of correlation between a declining economy and a falling stock market.

A recession does not guarantee investments will lose value, especially when you hold a well-diversified portfolio with global exposure.

Investment values do tend to fluctuate in the medium term, which is why investors should stay focused on the long-term outcome of investing money and how
investment decisions made today ultimately affect their long-term financial objectives.