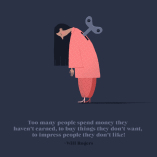 In our latest monthly investment update for September 2020, we take a look at how the global investment markets, economy and commodities are performing.

Despite recording a gain for the month, the index closed down at the end of August for a second consecutive week, with investors worried about a volatile economic rebound.

An unprecedented amount of central bank stimulus pushed the index to the fourth month of gains in five, but these gains were more modest in August on the back of more guarded economic data.

Within the FTSE 100 index, a quarterly reshuffle of constituent companies is likely to see broadcaster ITV removed, after a 60% share price fall this year. A final decision will be made at market close today.

Likely to join the FTSE 100 during the reshuffle is retailer B&M European Value Retail, with a market capitalization of £4.7 billion compared to £2.4 bn for ITV.

As we enter September and children start returning to schools, business confidence in the UK appears to be on the rise.

An easing of lockdown measures saw UK business confidence rise by 8 percentage points to reach -14%, rising for its third consecutive month. The Lloyds Bank Business Barometer survey is seen as a leading economic indicator, showing that business confidence is still well below its long-term average.

Warning that central banks can only play a “modest” role in tackling the economic inequalities exacerbated by the Covid-19 pandemic, Bank of England chief economist Andy Haldane said the Bank could not adjust its monetary policy tools to more substantially benefit those disadvantaged by the crisis. One example given was the inability to set different borrowing rates for different segments of society.

“Many of the yawning social, economic, and financial disparities that predated the COVID crisis — be they in levels of income, or levels of wealth, or in levels of poverty or homelessness, or anxiety — they have all, if anything, been made worse.”

He did, however, say that closing these inequalities was now a “societal necessity”.

Analysts at Citi raised their earnings per share forecasts for global stocks, revising their earlier forecasts in an initial response to the Covid-19 pandemic, which they say was “too bearish”.

Citi now expects global earnings per share to fall by 30% in 2020, instead of the 50% contraction first forecast. Another forecast within the bank, using a different forecasting methodology, sees a contraction of 18%, which Citi believes is “too optimistic”.

During trading at the start of September, European markets rose following positive economic data in China. Chinese factories reported their fastest growth in nearly a decade in August.

The Chinese purchasing managers’ index (PMI) data for manufacturers was its highest since 2011 in August, with a headline index reading of 53.1. An index reading above 50 suggests growth.

Chinese exports also rose for the first time this year.

“The index has now risen for four months in a row, reflecting that the manufacturing sector continued to recover from the impact of the pandemic, and that the momentum of the recovery remained strong.”

Factory output in the UK recovered slightly in August, with the latest IHS Markit/CIPS manufacturing Purchasing Managers’ Index (PMI) rising to 53.3, its highest reading since February 2018. The manufacturing sector still has a long way to go to recover to its pre-pandemic levels.

“Companies report that the current bounce is mainly driven by the restarting of manufacturers’ operations and reopening of clients as COVID-19 restrictions continue to be relaxed.”

Companies in the UK will have to start contributing to the wages covered by the government’s Coronavirus Jobs Retention Scheme from this month.

The furlough scheme has covered 80% of wages since March, up to a maximum of £2,500 a month. In September, this government contribution to wages falls to 70%, with employers paying the balancing 10%.

In October, the government will pay 60% of wages, up to a maximum of £1,875, with employers covering 20%. The scheme is due to finish at the end of next month, prompting fears of mass redundancies.

In the US, the government has announced the establishment of new bilateral economic talks with Taiwan, in a move designed to strengthen its ties with Taipei in the face of increasing pressure from Beijing. US President Donald Trump is likely to place Chinese policy high on the list of his campaigning priorities ahead of the presidential election in November.

In Japan, the surprise resignation of Prime Minister Shinzo Abe following the worsening of a chronic health condition has left a void in the political leadership of the country. Regardless of who fills the vacancy, no change to the current fiscal policy of ‘Abenomics’ is expected.

European Central Bank vice president Luis de Guindos reported a strong economic recovery for the eurozone in the third quarter but warned that the latest data for August was less robust.

“In the third quarter there has been a significant increase in economic activity. July’s data were very strong and in August there has been some loss of intensity.”

Mortgage lending in the UK rose more quickly than expected in July, according to new data from the Bank of England. They reported 66,300 mortgage approvals in July, up from fewer than 40,000 in June.

The benchmark 10-year government bond (gilt) yield rose in August, to reach 0.345% at the start of September.