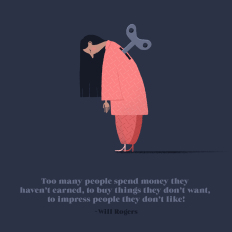 The rise of the mid-life renter.

As the famous British proverb says, an Englishman's home is his castle. The UK has long been known as a nation of proud homeowners.

Getting a mortgage and buying your first home is still today an important rite of financial passage.

Over time that mortgage would be repaid and ownership of a valuable asset would be available to provide a roof over your head as you moved into retirement.

Home ownership would also form a central part of an inheritance for the next generation.

Trends change and home ownership is no longer the central plank of personal financial planning for a growing number of people.

Renting has become a more popular option, especially for the younger generation who baulk at unaffordable property prices and, to some extent, the lack of lifestyle flexibility which comes with owning your own home.

It is however not only the young who have become a generation of renters.

New official figures have shown that the population of private renters is currently growing fastest among 45 to 54 year olds.

This rise of the mid-life renter, reported by the Office for National Statistics, could have big implications for retirement affordability in later life.

Whereas fully repaying a mortgage and owning a property used to create the foundation of a solid retirement, growing numbers renting into retirement will need to factor these costs into their income requirements for later life.

It means an estimated 384,000 mid-life households are now renters instead of homeowners.

Bucking the trend, and societal perception, are 25 to 34 year olds, where there was a 1% fall in the numbers renting during the past decade.

There was a 1% rise for both 35 to 44 and 55 to 64 year old households during this time. Commenting on the figures and their implications for retirement planning, Alistair McQueen, Head of Savings & Retirement at Aviva said:

“Planning for retirement has traditionally assumed that housing costs will be paid off for most by the time that we are in retirement.

This has contributed to the common belief that we could maintain our standard of living in retirement with an income roughly equivalent to two-thirds of what we were earning while working.

“However, the rise of the “mid-life renter” over the past decade puts this estimation of wealth into doubt. For an increasing number of Britons rental costs look set to be carried well into retirement.

“This change in fortunes raises the need for those in mid-life to carefully consider their financial needs in retirement.

If the cost of rent needs to be added to their list of bills, it could have huge implications for their savings goals altogether.”

Renting in your 40s or 50s isn’t necessarily a problem for your retirement planning.

It is something that needs to be considered as you plan ahead for your income needs in later life.

Working with a Financial Planner to forecast your future cash flow is a useful way to understand the affordability of different housing options as you approach your retirement.