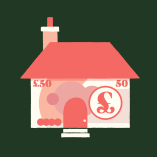 Another record month for the UK housing market.

The UK housing market has experienced an early spring surge, helped by the latest government measures to boost the housing market.

According to HM Revenue & Customs (HMRC) data, the number of property transactions reached a new record high in March - at least the highest monthly figure since records started in 2005.

Despite considerable challenges for the UK economy throughout the Covid-19 pandemic, the housing market has continued to surge ahead.

With the pandemic prompting people to reconsider their housing needs, government incentives and changing property preferences have all helped the market in the past twelve months.

The official figures also show that average house prices in the UK were up by 8.6% in the last year.

HMRC reported that 180,690 property sales took place last month. That represents more than twice as many home sales as took place during March last year, at the start of the pandemic. It’s also 50% higher than the number of home sales a month earlier.

One of the government incentives driving house prices higher and encouraging more transactions is the stamp duty holiday.

This stamp duty holiday was originally scheduled to finish at the end of March, but during the Budget last month, Chancellor Rishi Sunak extended the deadline for England, Wales and Northern Ireland until 30th June.

This month also saw the launch of government-backed low deposit mortgage schemes, requiring only a 5% deposit.

Property market commentators are now wondering whether such strong performance in the UK housing market will remain sustainable once the stamp duty holiday ends and as the reality of Covid-19 on jobs is realised.

A strong housing market is particularly challenging for first-time buyers, who chase an ever-moving target as they save for a deposit.