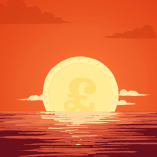 Our latest monthly investment update for August 2022 looks at how the global investment markets, economy, and commodities perform.

The index posted a solid finish to the month, climbing to a seven-week high as investor sentiment calmed. Equities did well in July despite continued concerns about rising price inflation in Europe.

In Europe, better than expected economic growth of 0.7% in the second quarter helped buoy market confidence. At the same time, Eurozone inflation reached a new high of 8.9% last month.

Corporate earnings were, in the main, better than expected, too, despite continued concerns about the outlook for economic growth and inflation.

Gains on the London market in July followed a dire performance in June, which in turn helped to make some stock valuations and yields look more attractive to investors.

A strong performance from the banking and mining sectors, in particular, helped to drive the FTSE 100 back above 7,400 points for the first time since early June.

Business confidence fell in July, according to the latest business barometer survey from Lloyds Bank. The survey reported a three-point fall in confidence, to 25%, with rising price inflation and cost of living concerns driving negative sentiment.

The latest figures place UK business confidence levels below their long-term average of 28% for the first time since March 2021, when the economy was coming out of the second wave of Covid-19 infections.

The most significant concern for more than half of British businesses was price inflation, followed by worries about an economic slowdown and tightening labour markets.

Lloyds found that businesses still have an overall positive view of the economy, but this has decreased in recent months. Businesses’ assessment of their trading prospects remained reasonably resilient, with the net balance for trading prospects for July rising by three points to 37%.

A separate survey from the Office for National Statistics (ONS) found a rising number of businesses concerned about the increasing cost of energy and input costs. The ONS found that 26% of companies reported input price inflation as their most significant concern this month, with 20% saying their biggest concern was energy prices.

The Bank of England has warned that the UK economy will likely slow down this year and next, with consumers facing the impact of the highest price rises in 40 years, squeezing business profitability.

One in four businesses said they are planning to raise their prices further due to the rising energy cost.

Across the pond in the United States, President Joe Biden is insisting that the American economy is not in recession, despite the technical definition of recession being recorded.

Official figures show the size of the US economy declined in two consecutive quarters. US GDP fell by 0.9% between April and June, following a 1.6% decline in the first quarter.

President Biden said the economic downturn was “no surprise” but pointed to record low unemployment, saying, “that doesn’t sound like a recession to me.”

Despite debate about the definition of a recession, President Biden’s landmark $369 billion climate change deal reached a surprise breakthrough.

The deal, reached by Senate Democrats, should take the US closer to its pledge of cutting greenhouse gas emissions in half by 2030. The money will be spent during the next decade to boost electric vehicles, jump-start renewable energy projects, including solar and wind power, and develop alternative energy sources like hydrogen.

The price of crude oil fell at the start of August following weaker manufacturing data in several countries, with investors waiting for the outcome of an OPEC meeting this week.