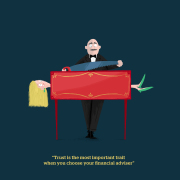 Getting onto the property ladder is an increasingly expensive business. Many first-time buyers need financial assistance from the Bank of Mum and Dad, so they can become homeowners.

But what about so-called ‘second steppers’, those ready to take their second step up the property ladder?

The latest Second Steppers report from Lloyds Bank has found that many of these second steppers are relying on the financial support from parents, other family members and even friends in order to make the move.

The number of second steppers having to borrow from family and friends was 33% this year, up from 27% last year.

The need for financial support comes despite already getting some cash to get onto the property ladder in the first place. 57% of second steppers had already been given an average of £19,824 from parents when they were first time buyers.

In addition, 58% of second steppers claimed they couldn’t have made the next move up the property ladder without this generous financial support from family and friends.

Second steppers were found to be using a combination of equity from their first homes, personal savings and money from the Bank of Mum and Dad, to fund their next move. More than one in ten second steppers were also going cap in hand to their grandparents for financial support, and 6% were asking friends for the money.

There is of course a financial impact on parents when they provide this level of monetary support to their offspring.

More than half of parents who were giving their kids the next step up the property ladder reported they needed to raid their own cash savings to make the gift or lend the money.

Perhaps more seriously from a financial perspective, nearly half of parents giving financial support to second stepper children were downsizing their own property to release more funds.

Just under a third also said they will sell another property to help and nearly a fifth said they would sacrifice holidays or hobbies in order to support their offspring.

It’s not only the parents who are making these financial sacrifices. Second steppers themselves are putting off starting a family, with 28% saying they would have fewer children than originally planned as a result of the house move.

This was up from 16% last year, showing that family plans are changing as a result of rising property prices.

“Support from generous family and friends remains vital in helping Second Steppers in taking the next step on the property ladder, despite more Second Steppers now feeling optimistic about the housing market.

“We continue to see parents make big sacrifices as their children return for help with housing for a second time. However, to ease the burden on parents, we are seeing more Second Steppers plan ahead for their next big move by saving and paying more to their mortgage.”

Whilst second steppers today are borrowing more from family and friends than before, a large number are also reporting that market conditions for borrowing have generally improved.

40% of second steppers claim that conditions in the mortgage market have improved compared to last year.

More second steppers than before are saving money in order to support their next move. 67% said they are saving on a regular basis, building a pot of cash towards the cost of buying their second home. This was up slightly from the 61% doing the same last year.

The number of Second Steppers overpaying their mortgage to help increase equity has also increased from 41% to 47%.

The scale of the financial challenge faced by second steppers is sizeable. In order to buy their perfect home, usually described as a detached property, they face a gap of £135,985 between the value of the two homes.

With an average equity level of £85,877, this means finding an additional £50,108, through cash or adding to an existing mortgage.

And it’s not just money stopping the second steppers from moving up. Finding the right home to buy is a big challenge, with just over a quarter of those asked claiming this was the biggest barrier to moving. A quarter of second steppers said that there is lack of available affordable property.

These factors have resulted in six in ten second steppers who wanted to make the move last year not being able to do so. This will of course have an impact on the number of properties available to first time buyers.

If you’re a second stepper wanting to make the next move, please do get in touch to discuss your mortgage options.