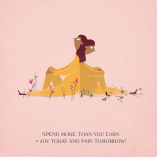 Biggest dementia risk factors (and how to address them)

With dementia becoming a reality for a growing number of people in later life, the World Health Organisation has published a list of the lifestyle choices and conditions known to increase the risks.

In doing so, the WHO aims to educate people about dementia risks and make suggestions for ways to avoid this usually devastating condition.

Their new guidelines are based on extensive research over many years.

They concluded that the most significant risk factors associated with a future diagnosis of dementia are physical inactivity, smoking, a poor diet, and drinking too much alcohol.

These lifestyle choices can all contribute towards an increased risk of Alzheimer’s disease and other forms of dementia.

Other medical conditions also appear to increase the risk of dementia, according to the WHO.

They identified diabetes, high blood pressure, high cholesterol, and obesity as factors that contribute to cognitive decline and dementia.

“In the next 30 years, the number of people with dementia is expected to triple.

We need to do everything we can to reduce our risk of dementia. The scientific evidence gathered for these guidelines confirm what we have suspected for some time, that what is good for our heart is also good for our brain.”

This is a huge issue for people entering retirement, as the numbers at stake are significant. An estimated 850,000 in the UK are already living with dementia.

This total is forecast to rise to more than one million people by 2021.

There is still no drug breakthrough to effectively prevent or stop the progress of dementia, despite many years of research into the condition.

This means that lifestyle changes are the only option for those who want to reduce their risk of developing dementia in later life.

Dementia has overtaken cardiovascular disease and cancer as the leading cause of death in the UK, with treatment for the latter becoming more effective.

New WHO guidelines advise the over 65s to spend at least 150 minutes a week carrying out moderate exercise like brisk walking, along with activities designed to strengthen muscle.

Their guidelines also point to the adoption of a so-called Mediterranean diet, including fresh fruit and vegetables each day, and reduced calorie intake from sugar.

They did not, however, identify any evidence of a link between often expensive dietary supplements and lower risk of dementia.

A healthier lifestyle designed to reduce dementia risk could, however, include mental stimulation and getting more social interaction; both activities are proven to reduce the risk of cognitive decline.

Do keep in mind that we’re financial planners and not medical professionals. You should always seek advice from your GP if you have any concerns about cognitive decline or dementia.