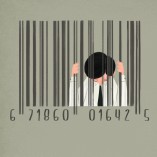 Bitcoin tumbles as billions are wiped off cryptocurrency market.

Bitcoin has tumbled by around 10%, heading below the $60,000 per coin level, during a broader sell-off of the cryptocurrency market.

Early on Tuesday morning, Bitcoin was trading at $59,425.

One factor influencing the price fall was a comment from Ned Segal, chief finance officer at Twitter, who ruled out the company investing in the market due to current bullish sentiment.

Segal said that investing Twitter’s cash holdings into cryptocurrencies, including Bitcoin, “doesn’t make sense” at the moment due to levels of price volatility and the lack of clear accounting rules.

To allocate cash to Bitcoin, he said that Twitter would need to change its investment policy, allowing it to hold more volatile assets on its balance sheets. The social media giant preferred to hold less volatile assets such as equities.

Ethereum also fell, by around 11% and Solana, recently surging in popularity, also lost 10%.

As a whole, the global cryptocurrency market fell by around 10% to reach $2.7 trillion, below its recent $3 trillion market capitalisation.

The damaging comments from Twitter follow the introduction of a new cryptocurrency tax reporting requirement in the US, introduced as part of the $1 trillion bipartisan infrastructure bill. The bill was signed into law by US President Joe Biden on Monday.

The new law means brokers have to provide the US tax body, the Internal Revenue Service (IRS), with details of trades of more than $10,000, including verification of the sender’s personal information, the social security number, and the nature of the transaction.

Brokers must report transactions to the US government within 15 days.

Because the rules would be applied to crypto transactions, which are pseudonymous under their structure, it would be almost impossible to comply with the law.