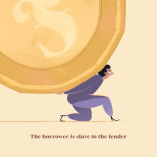 Budget date confirmed. Here's what it could contain.

It’s been confirmed; the Budget will take place on Wednesday 11th March 2020.

The Chancellor of the Exchequer, Sajid Javid, has launched the beginning of the Budget process, announcing that it will take place only a few weeks before the end of the tax year.

During a visit to the new £350 million Trafford Park tramline project in Manchester, the Chancellor set out plans to use the Government’s first Budget to deliver change.

He plans to use the Budget as a platform for unleashing Britain’s potential, delivering world-class public services and levelling up the whole country.

The Chancellor of the Exchequer, Sajid Javid, said:

“People across the country have told us that they want change. We’ve listened and will now deliver. With this Budget we will unleash Britain’s potential – uniting our great country, opening a new chapter for our economy and ushering in a decade of renewal.”

Javid is expected to set out plans in the March Budget to open a new chapter for the UK’s economy and prepare it for the decade ahead.

He aims to deliver on the Government’s promises on tax, to help tackle the cost of living for hard-working people.

Furthermore, he would like to make good on the commitment to level up and spread opportunity, including by investing billions of pounds across the country.

At the Budget, the Chancellor will update the Charter of Fiscal Responsibility with new rules, taking advantage of low-interest rates to invest appropriately and responsibly, while keeping debt under control.

While we can’t know exactly what the Budget will contain, until it’s announced in the House of Commons, there are a few areas where proposals seem very likely.

New legislation will be introduced in April 2020 to stop the abuse of National Insurance and tax contributions relating to off-payroll labour in the private sector.

Therefore, if you are a contractor, you need to consider whether you fall inside or outside the IR35 rules by April 2020.

On property, there is likely to be significant changes to Capital Gains Tax, especially for Lettings Relief and Principal Private Residence relief.

On 6th April 2020, Lettings Relief will be adjusted to only apply on the case where the owner is in shared occupation with a tenant.

In respect of primary residences, PPR relief could be reduced from 18 months to 9 months if you buy a new home before you sell your old house.

This change will mean that individuals set on moving will need to stay in their home until it is sold or ensure that a sale of their old property takes place within nine months of them moving out to avoid a potential CGT charge.

The March Budget could also introduce some changes to Inheritance Tax.

Last summer, the Office of Tax Simplification published its second report making proposals to reform the Inheritance Tax system. This report covered the main areas of complexity for the tax, along with some of the technical issues caused by the current system.

They proposed several significant changes to the Inheritance Tax system, supported by a common perception that IHT rules are overly complicated and ideal for reform.

Pensions could come into the firing line for the Chancellor in his Budget statement.

There are also widespread concerns about limits on pension contributions, with doctors and senior NHS staff, in particular, facing punitive charges, some taking early retirement or refusing to work additional shifts as a result.

It’s likely the Budget will prioritise the environment, and build on recent announcements to boost spending on public services and tackle the cost of living.

These spending announcements include investing in new hospitals, training thousands of new police officers, funding vocational education and the biggest ever cash increase to the National Living Wage.

We look forward to seeing what the Budget will deliver, and whether it can indeed start a new chapter for the economy, seizing the opportunities that (as the Prime Minister would say) come from getting Brexit done.