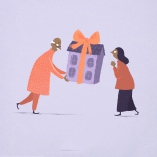 Charitable giving holds up despite pandemic.

We’re a generous bunch in the UK, despite the economic impact of the pandemic. And that generosity comes with some tax benefits, thanks to Gift Aid.

For the tax year ending April 2021, tax reliefs for charities and their donors fell by £0.1 billion to £5.7 billion.

This slight fall in charitable tax reliefs coincided with a temporary reduction in Stamp Duty Land Tax from 8th July 2020.

The most significant charitable tax reliefs in this latest tax year were all similar to or slightly higher than in the previous year.

Business rates reliefs for charities was up 1% to reach £2.4 billion.

Gift Aid paid to charities at the basic income tax rate was down 1% to £1.4 billion.

And Gift Aid relief paid to higher and additional rate taxpayers is forecast to be down 2% at £0.5 billion.

According to the official figures from HM Revenue and Customs (HMRC), just over half of the value of Gift Aid repayments went to smaller charities, with less than £1 million each, in line with previous years.

Over 1.2 million people declared a charitable donation via their Self Assessment tax return in the last tax year.

The total value of charitable donations has grown relatively consistently over the past six years, reaching a total of £3.7 billion for the tax year ending 2020.

Andrew Robinson, head of the public and third sector tax group at the accountancy firm RSM, said the official figures show the charitable sector adapted well to the pandemic. He said:

“Despite the severe restrictions on charities’ normal fundraising activities, the enforced closure of venues and charity shops and the concern that donors have over their own finances, Gift Aid receipts for the year ended 5th April 2021 were only 1.4 per cent lower than they were in the previous year, and were still more than they had been at any time up to 2019.”

“Clearly, the charity sector has responded well by using technology and other means to maintain close contact with donors resulting in a very healthy level of voluntary income.”