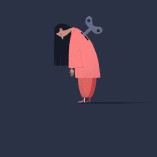 Money is starting to appear in millions of bank accounts after the government began its financial support programme to help with the cost of living crisis.

An estimated eight million people receiving means-tested benefits will automatically receive the payments credited to their bank accounts, with the first amount due by the end of the month.

The first payment of £326 is labelled “DWP Cost of Living” on bank statements.

A further instalment of £324 will be paid into bank accounts in the autumn.

Taken together, the payments represent the most significant in a package of government financial support designed to help with soaring energy bills and a broader cost of living crisis.

A spokesman for the Department for Work and Pensions said:

“We are on track to process the first instalment by the end of July.

“All eligible households will automatically receive the first instalment, and no one needs to worry they will miss out.

“There will be a few unique cases - such as those who were not initially entitled but have gained entitlement upon appeal - who will be paid after July, as soon as possible.”

While likely to ease the financial pain caused by rising prices, the payments are not expected to solve the issue.

With households with the lowest incomes likely to face financial difficulties due to rising energy bills, the government has provided more generous support to those receiving means-tested state benefits.

In October, every household will receive a £400 discount on their energy bills, with additional discounts for pensioners and people living with disabilities.

Unlike the original proposal, these energy bill discounts will not be repayable.

Despite help with energy bills, the latest forecasts suggest a challenging winter ahead, with one industry consultancy estimating the typical bill could exceed £3,300 a year from January.

The typical household gas and electricity bill is around £2,000 a year, following the £700 energy price cap rise implemented in April.

Because of the rising cost of living, the fraud prevention organisation CIFAS has warned that criminals exploit fears over energy bills to steal personal and financial data.

“Everyone is at risk of being targeted by fraudsters, but the current economic crisis is making consumers even more vulnerable.”