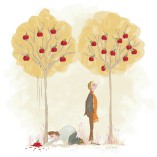 Could food prices continue to rise this year?

New research from Kantar suggests the average food bill could rise by £271 in 2022 due to rising food prices.

Compared to a year earlier, grocery prices in April were an average of 5.9% higher. That’s the most significant increase since December 2011.

With food prices rising, Kantar said that shoppers are increasingly turning to discount retailers Aldi and Lidl to cope with cost pressures.

Global food prices are rising due to supply chain disruptions, the Russian invasion of Ukraine, and higher costs for raw materials.

“The average household will now be exposed to a potential extra £271 per year.

“A lot of this is going on non-discretionary, everyday essentials which will prove difficult to cut back on as budgets are squeezed. We’re seeing a clear flight to value as shoppers watch their pennies.”

Aldi experienced the fastest growth during the period, with sales rising by 4.2% in the quarter to April.

Lidl was close behind, with sales up 4%.

During the period, the discount retailers gained more than one million extra shoppers compared to a year earlier, both setting new records for market share.

The only other food retailer to increase market share during the period covered by the data was Tesco, up 0.3% to achieve 27.3% of all grocery sales.

As the cost of living continues to rise, retailers are starting to lure shoppers with special offers and more competitive pricing.

Morrisons and Asda, both losing market share to Aldi and Lidl, announced price cuts for hundreds of lines earlier this week.

Despite the shift to discount retailers, the overall sales at supermarkets have fallen for the first time since the pandemic, down 0.6% compared to two years earlier.

Online grocery sales have also fallen by around 15% compared to 2021.