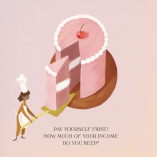 Tax changes coming into force next April have prompted HM Revenue & Customs to remind taxpayers of their new obligations.

The change to capital gains tax (CGT) means that the tax due on the disposal of residential property will need to be paid within 30 days of completion.

It’s a significant change to the current rules, where CGT on selling a residential property doesn’t need to be paid for as long as 22 months after the disposal.

The current system requires reporting the disposal in line with the deadline for submitting a self-assessment tax form.

The new rules, with a shorter deadline for reporting and payment, will mostly affect those taxpayers selling a second home or rental property.

However, HMRC will require CGT reporting on the sale of a private residence within 30 days of completion from April 2020, even where there is no CGT due
for payment.

Even where a taxpayer gifts a residential property in return for no consideration, the new rules and timescales will apply.

It’s been two years since the HMRC announced the new rules, but HMRC believes many taxpayers will be unaware of the requirements next April.

Small-scale landlords and holiday home owners are two groups who are likely to be unaware of the new rules.

To avoid a repeat of recent cases, where a tribunal overturned late-filing penalties imposed on non-resident sellers of UK property due to insufficient publicity of the reporting regime, HMRC is making more effort to publicise these changes.

HMRC has published research aimed at a better understanding of how to warn taxpayers of the changes to CGT payments.

It found that the large number of ‘one-off taxpayers’ were the least likely to be informed about CGT.

This lack of awareness is the result of not using a formal tax agent for guidance.

While solicitors and accountants do tell their customers about reporting and payment requirements, some one-off disposal taxpayers missed deadlines regardless.

The HMRC research acknowledges that the complexity of CGT can result in taxpayers missing payment deadlines.

The research also discovered that some solicitors who took on new clients found their clients were unaware of the need to pay CGT, so had failed to pay when
selling properties historically.

Failure to pay CGT on the disposal of properties was found to be most common when taxpayers did not seek professional advice.

These taxpayers would then face potential penalties and fines for late payment of CGT.

The HMRC research found there use of language confuse some taxpayers. One potentially confusing term is ‘payment on account’.

Some taxpayers, including those with experience paying CGT, thought payment on account meant a part payment of tax, rather than the payment of the entire
amount due.

Payment on account tax payments faces the possibility of corrections later once HMRC has checked the calculation is accurate.

All respondents to the HMRC survey said they thought the tax charge should be communicated as early as possible, because disposing of property can sometimes be a lengthy process, involving complex tax discussions with professional advisers.