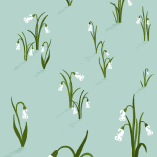 In our latest monthly investment update for February 2021, we take a look at how the global investment markets, economy and commodities are performing.

Global equity markets experienced rising levels of volatility towards the end of January, as a retail investor army coordinated on message board Reddit escalated its assault on hedge funds.

Retail investors backed US stock GameStop, and other unloved businesses, to impose a ‘short squeeze’ on the institutional investors taking short positions in these businesses.

In the UK, the FTSE 100 slid backwards at the end of the month, falling to its lowest level since the early December, with Covid-19 deaths remaining high, despite a downwards trend for new infections.

Investor sentiment is broadly negative ahead of the market open on Monday, with concerns about a further push by retail investors to hurt hedge funds, which could force institutional investors to sell off their winners to cover their losses.

UK business confidence fell in January, with the latest Lloyds Bank Business Barometer showing a 7% fall. Confidence remains at its second highest level since May 2020, but a fall in January reflects worries about the effectiveness of the vaccinations against the latest mutated strains of the virus.

New analysis by The Guardian shows a tough situation for the UK economy, brought on by persistently high infection rates and the renewed lockdown measures.

While the UK is leading Europe on vaccination roll-out, the economic benefits of this dominant position are unlikely to be apparent until later in the year.

The Labour Party is warning of 650,000 hospitality businesses facing collapse at the end of the latest lockdown. They fear that one in three hospitality firms could go bust, accusing the government of “economic negligence” if it fails to take further action.

In addition, more than 54,000 hairdressing and beauty businesses are concerned about their future prospects.

“Under the current economic offer, the average hospitality or leisure business would receive £11,000 less during the third lockdown than it did during the first – despite being in a significantly worse financial position now.”

Speculation continues about a further cut to UK interest rates, taking the rate into negative territory. However, the Bank of England has been warned that negative rates would lead to lenders increasing mortgage costs and therefore fail to stimulate the economy.

Mike Regnier, chairman of the Building Societies Association, has told the Bank that they are not in a position to administer negative interest rates, due to ill-equipped computer systems. Therefore, any move to negative rates would be counterproductive for the UK economy.

In the eurozone, manufacturing growth remained resilient at the start of the year, with the latest Markit Manufacturing Purchasing Managers’ Index falling slightly, to 54.8 from December 55.2. An index reading above 50 indicates expansion.

In the US, household spending declined for a second consecutive month in December, despite incomes rising due to pandemic relief cheques. Household purchases were down by 0.2% compared to November, when they fell by 0.7%.

Personal incomes in the US rose by an average of 0.6% in December, stronger than the 0.1% predicted improvement.

The new Biden administration is fighting Republican senators over the details of the new coronavirus relief package, with a growing likelihood that the White House will attempt to bypass Republicans to fund its proposals.

The Biden team is pushing for a $1.9 trillion stimulus package, countered with a $600bn package proposed by a group of 10 Republican senators.

Silver prices appear to be the latest target for retail investors, with the price reaching an 8-year high at the start of February. Investors coordinating on social media are attempting to squeeze institutional investors who are allegedly betting against a falling silver price.

The spot silver price rose by more than 11% in London trading to reach more than $30 an ounce; it’s highest price since February 2013.

Rising UK property prices have created a further 40,000 property millionaires in the past year, according to new data from estate agent Savills.

There are now 563,240 properties worth more than £1m in the UK. The majority of new million-pound properties in 2020 were located outside of London.

The price of benchmark Brent Crude Oil stands at $55.42 at the start of February, improving over the month.

OPEC has increased its production of crude oil by 160,000 barrels per day in January, with the OPEC+ alliance easing its output cuts at the start of the year. As the global economy recovers in 2021, it is widely expected that demand for oil will rise.