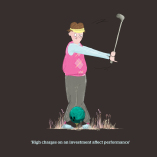 How do our financial lives vary in different parts of the country?

That’s the big question considered in new analysis from the Financial Conduct Authority (FCA) as part of their Financial Lives survey.

Their new report has placed a spotlight on the personal finance situations of people from across the UK, looking at where in the country people may face greater financial vulnerability.

The headline finding is some notable differences between financial lives in urban and rural parts of the UK.

In rural areas, people are more reliant on bank branches but a greater number have difficulties accessing branch services. They also tend to a greater extent not to be able to use online banking services.

The FCA found that a higher proportion of adults (13%) aged 55 and over have difficulty getting to a bank when living in rural areas. This difficulty also extended to younger adults who are living with a long-term health condition.

In urban areas, only 9% of older adults had difficulties accessing bank branch services.

Not being able to get to a bank branch might not be so problematic if you could readily use Internet banking services instead. However, 70% of UK adults who never use the Internet live in rural areas.

The FCA also found that take-up of mobile banking in rural areas (23%) is nearly half that in urban areas (45%).

Despite these challenges around access to banking services, people living in rural areas tend to be more satisfied with their overall personal finances.

This was in stark contrast to those living in urban areas, who were less likely to be satisfied with their personal finances. Urban dwellers were also more likely to be using high-cost loans and carried a higher burden of unsecured debt than people living in the countryside.

They also found that those paying for credit are more likely to be living in urban areas (49%) compared with rural areas (37%).

The FCA took a look at the personal finance circumstances of nearly 13,000 UK adults for this survey. It’s the biggest tracking survey carried out in the UK looking specifically at consumers and their use of financial services, which makes the data coming out of this report particularly interesting.

But satisfaction with overall financial circumstances was found to be higher in rural areas, at 27%, than the 20% of adults living in urban areas who said they were satisfied.

For people living in London, financial satisfaction levels were particularly low, with just 16% reporting they were highly satisfied with their personal finances.

In terms of financial vulnerability, the FCA found that the highest proportion of adults with characteristics of potential vulnerability could be found in the North West.

The survey found that 13% of the adult population have no cash savings, but the report also shows there is a clear North-South divide with more people in the North having no savings.

When we look at data like this, it’s important not to draw too many generalisations. There will of course be some living in rural areas who feel well served by banking and other financial services, and plenty living in urban parts of the country who don’t take on high-cost debt.

As a profession, understanding some of the general patterns across the country is useful, as it allows services to be properly shaped and for regulatory initiatives to target the parts of the UK with the greatest need.