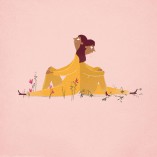 Green savings bonds are on their way.

We have more details of the new Green Savings Bonds from National Savings.

Due to be launched later this year, the Green Savings Bonds from National Savings & Investments (NS&I) are designed to fund government environmental projects.

HM Treasury will use that money to invest in green projects, but along with other savings products from NS&I, the deposits will be guaranteed by HM Treasury.

We don’t know at this point the interest rate for these green savings, but it is widely speculated that it will be a low rate as savers attracted to the bonds will be more concerned with the positive environmental impact of their money.

These Green Savings Bonds from NS&I were first announced in the Budget in March as part of government plans to raise billions of pounds to fund clean energy projects. These investments will help the government achieve its net-zero carbon emissions target by 2050.

Investing in this sector should also help support economic recovery, as it will create jobs.

While described by the Treasury as world-first, there are already several green savings products available, some of which have competitive interest rates.

While we don’t yet know the interest rate, NS&I confirmed that they would pay interest annually on the anniversary of the account opening.

The three-year fixed term will be subject to a 30-day cooling-off period, during which time savers can change their minds and withdraw the cash without penalty.

We also know that interest will be taxable, although, with the availability of the Personal Savings Allowance, it is unlikely that most savers will pay tax on their interest.

NS&I will pass all money invested in the Green Savings Bonds to HM Treasury, who will have up to two years to allocate the funds to their chosen green projects.

The government will publish details of how the money is spent and the environmental benefits of the investment.