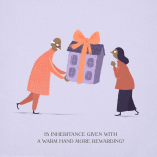 Inheritance tax reform on the cards.

With the Budget coming up next week, new Chancellor Rishi Sunak could be eyeing up inheritance tax as a form of taxation ripe for reform.

The first Budget of a new parliament is historically a time for tax-raising measures. Far enough away from the next election, Chancellors can announce potentially unpopular measures to fill the Treasury coffers and invest more for the future.

The ongoing outbreak of coronavirus may well dent economic prospects for the country, leaving the Chancellor with little choice but to raise taxes or loosen his fiscal rules.

New research published by the Resolution Foundation think tank suggests the Office for Budget Responsibility could forecast a small improvement in the public finances, of around £8bn in 2022/23.

But this marginal improvement to the public finance forecasts is nowhere near enough to meet spending commitments in this parliament and maintain public services.

One option for the Chancellor is tweaking fiscal rules, but doing this would leave less headroom than previous Chancellors enjoyed.

With total government spending on track to rise to 40% of gross domestic product, higher than at any point while Tony Blair was Prime Minister, we look set to experience a more significant state.

So tax rises look set to be the only way the Chancellor can fund day-to-day spending commitments sustainably in this parliament. What options does Sunak have for raising tax revenues?

One tax perk we could lose in the Budget is Entrepreneurs’ Relief on capital gains tax.

This tax break reduces the rate of capital gains tax to 10% of gains when qualifying assets are sold. It’s a form of tax relief available on the sale of business assets when conditions are met.

Scrapping Entrepreneurs’ Relief could raise £3bn, with the argument that a relatively small number of business owners qualify for the relief in any given year.

Another tax revenue raiser is a freeze on income tax thresholds, potentially bringing in an additional £8bn of revenue. Savings of this magnitude would be enough the fund the Tory manifesto pledge to cut National Insurance contributions.

Perhaps the biggest speculation ahead of this Budget centres around inheritance tax and the potential for sweeping reform.

The Resolution Foundation suggests in its research that the Chancellor should repair the UK’s notoriously leaky inheritance tax system, with measures including reducing agricultural and business property relief.

These two tax reliefs may be used as loopholes by wealthy families and can protect between 50 to 100 per cent of money invested from inheritance tax.

According to the Resolution Foundation, they allow wealthy people to pay less inheritance tax if they set up a business or buy land which can be inherited after death.

The removal of Agricultural Relief can potentially bring in £320 million.

Similarly, if the Treasury were to end Business Relief, they could rake in an approximate £480 million a year.

The abolition of either or both of these inheritance tax reliefs could have severe consequences for tax-efficient investors.

Ahead of the Budget, Jack Leslie, an economist at the Resolution Foundation, said:

“The decisions taken by the Chancellor in the new government’s first Budget will help shape the economic policy backdrop to this whole parliament.

“The Chancellor’s big-spending plans to ‘level up’ the country through infrastructure projects will lead to a bigger state than at any point under Tony Blair, and marks a big shift for a traditionally small state Conservative Party.

“But new roads and rail lines are only part of the story for a government wishing to turn the corner on a decade of austerity. If the Chancellor wants to increase spending on day-to-day public services in a fiscally responsible way, he will have to change another of his party’s traditional priorities – lower taxes.

“Good news on the public finances from the Office for Budget Responsibility will still be too modest to change the big picture decisions of this parliament. Higher spending will require higher taxes.”