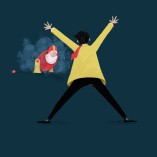 Interest rates on hold as inflation forecasts are revised higher.

In a surprise to no one, the Bank of England left interest rates on hold this week.

However, the Monetary Policy Committee also shared a warning that we could experience a more pronounced period of above-target price inflation in the near term.

The Bank’s policymakers voted unanimously to keep interest rates on hold at their historic low of 0.1%. They only found one committee member willing to vote against maintaining the £895 billion asset purchase programme of quantitative easing.

“Overall, Bank staff now expect inflation to rise materially further in the near term, temporarily reaching 4% in 2021 Q4 and 2022 Q1, 1½ percentage points higher than in the May projection.”

According to the report, this temporary rise in the Consumer Prices Index (CPI) measure of price inflation is primarily due to higher energy and other goods prices.

While the Bank expects to see higher inflation in the near term, these prices are forecast to come back down in the medium term, as inflation returns to the Bank’s 2% target.

Along with the inflation forecasts was a warning from Bank of England governor Andrew Bailey, saying that economic growth figures required some context. Speaking to CNBC, Bailey said:

“As of now, the level of economic activity is still about 4% lower than it was at the end of 2019, pre-Covid. In any normal state of the world, that is a big number.

“It is only not a big number in the sense that we have had such huge gyrations in the economy over the last 18 months. We still have 4% to catch up and even then, of course, we have had no growth over nearly two years.”

One key economic indicator is the unemployment rate, which has declined in the past two quarters to reach 4.8% in the three months to May.

Unemployment is now around 1% higher than its pre-Covid level. The Bank thinks it will continue to decline consistently, having peaked at a much lower level than previously expected. Commenting on unemployment, Bailey said:

“I think it is particularly good news on unemployment because we have reduced our forecasts for unemployment and really given it a very different profile, which is that we think it is going to decline from here on.”

The Bank is forecasting economic growth of 3% in the third quarter.

This growth forecast is lower than that published in the May report due to a recent spike in Covid-19 cases and nearly a million workers being forced to self-isolate at home.

However, the Bank does expect the size of the UK economy to recover to its pre-pandemic levels in the final quarter of the year, and then for economic growth to slow to more normal rates in the future, partly due to tightening fiscal policy.