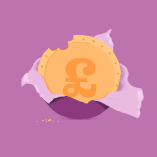 Holding money in cash for the long-term is often a bad idea, as interest rates fall behind price inflation.

New research has shown that parents who invest for their children through a Junior Individual Savings Account (ISA) are due to give their kids £8,000 more than those parents who keep the money in cash.

The study by Scottish Friendly and the Centre for Economics and Business Research coincides with the 10th anniversary of Junior ISAs.

Parents who invested in the stocks and shares version of a Junior ISA have an average account value of £15,300 and are on track to pass on almost £19,000 to their children on their 18th birthday.

The lower value from cash is the difference in typical returns from the two types of Junior ISAs.

A cash Junior ISA receiving the maximum annual contribution every year since 2011 would build up a savings pot worth £52,000 after depositing a total of £44,800.

Making those same contributions to a Junior ISA invested in an investment fund tracking the performance of the MSCI World Index would give the child £32,300 more, a total of £84,500.

Another key finding in the study was widespread concerns by parents about their children getting their hands on substantial amounts of cash when they turn 18.

63% of parents with a Junior ISA are worried about their kids getting so much money on their 18th birthday, and 19% expressed major concerns.

The most common fear, expressed by 48% of parents, was not knowing how the children would spend the money. 37% are worried receiving the money at age 18 could negatively affect their work ethic, and 17% think it could damage their relationship.

Despite these concerns, relatively few parents expect their children to blow the cash on holidays or social events. Most think the money would go towards buying a property, a new car, or paying for University fees.

“All parents should be encouraged and supported to build up a pot of money for their child, if it’s possible for them to do so. One way to do this is through a Junior ISA, which was introduced in 2011 to replace Child Trust Funds. Setting aside even a relatively small amount of money on a regular basis can soon add up, and doing this for up to 18 years could provide a healthy sum of money.

“The important decision for parents to make when it comes to a JISA is whether to save in cash, consider investing, or a bit of both. Although there is never any guarantee and you could get back less than you pay in, over time investing gives you the potential to grow your child’s money faster than saving in a cash account which can offer more security.

“Eventually, the time will then come when the child is able to access the money. Giving a chunky sum to an 18-year-old is understandably going to cause some parents to worry. It is very likely that it will be the first time they have ever had access to so much money and most parents will want them to spend it wisely.

“But time is on your side, you can talk to them directly about it as it gets closer to being paid. Perhaps you’ll guide them to put some of it into, for example, an adult ISA and suggest they have a little bit of fun with the rest.”