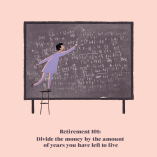 In our latest monthly investment update for January 2020, we take a look at how the global investment markets, economy and commodities are performing.

It was a successful, albeit volatile, year for the FTSE 100 index. It grew by around 13% in the past twelve months, at roughly twice the annualised total return of the FTSE 100 since its inception back in 1984, despite global economic headwinds.

The first trading day of 2020 was off to a good start for European markets, following the announcement of economic stimulus in China. China’s central bank announced on New Year’s Day another cut to its reserve requirement ratio for commercial banks, the fourth such cut in 12 months. This reduction in reserve requirement ratio means banks in China will have more money to invest in the economy.

The start of the year saw a survey confirming worse-than-expected manufacturing data in December. The IHS Markit purchasing managers’ index fell to 47.5 last month, with a reading below 50 indicating contraction in the sector. According to the Chartered Institute of Procurement & Supply, the December result will set alarm bells ringing.

“The UK manufacturing sector took a turn for the worse at the end of 2019. Output fell at the quickest pace in seven-and-a-half years as new order inflows decreased and Brexit safety stocks were reduced.”

It was a similar picture in European factories, with activity contracting for its 11th consecutive month. IHS Markit’s PMI for Europe was 46.3 in December, only slightly higher than a preliminary estimate.

“Euro zone manufacturers reported a dire end to 2019, with output falling at a rate not exceeded since 2012,” said Chris Williamson, chief business economist at IHS Markit.

Looking at the broader economy, the British Chambers of Commerce believe the UK stagnated in the final quarter of 2019. Its latest survey of private sector businesses found “protracted weakness across most indicators of economic health”. It reported a broad-based slowdown in the dominant services sector, with all key indicators weakening in the quarter.

As a result of this latest survey, the BCC is forecasting UK GDP growth as “downbeat” in the fourth quarter of last year. They called on the government to support businesses and stimulate growth.

The Bank of England kept interest rates on hold at 0.75% in December. The Monetary Policy Committee (MPC) indicated it might cut rates if the global economy fails to recover, or if Brexit uncertainties persist. It did, however, forecast an improvement in the UK economy in 2020.

“If global growth fails to stabilise or if Brexit uncertainties remain entrenched, monetary policy may need to reinforce the expected recovery in GDP growth and inflation,” the MPC said in a statement.

Homeowners in the North of England have benefited from the most significant house price increases over the last year, according to the latest research from Halifax. Reversing a historical trend which regularly saw prices rise most rapidly in the South of the country, the North West saw eight of the region’s towns feature in the top 10 of the year’s most prominent house price increases.

“In an interesting twist, this year’s tables show that the North of the country has witnessed the biggest increases in average house prices, while the South has seen prices dip most significantly. This bucks the trend we’ve seen in recent years and marks a small step towards achieving more balance in average regional house prices.”

Global oil prices rose by around 20% in 2019, off the back of a sharp sell-off towards the end of 2018. It was the biggest annual gain for the oil sector in three years. The gains were driven by easing trade tensions between the US and China, and an output cut pledged by the Organisation of the Petroleum Exporting Countries (OPEC).

The benchmark 10-year government bond (gilt) is yielding at 0.84% at the start of January, up slightly on a month earlier.