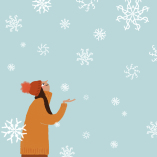 In our latest monthly investment update for January 2021, we take a look at how the global investment markets, economy and commodities are performing.

While the year as a whole was negative for the index, it recovered strongly from its correction back in March.

In the US, the tech-led Nasdaq index rose by more than 40% in 2020. One of the factors for poor performance from the FTSE 100 was an underweighting to tech stocks, with some critics referring to it as a 20th-century index.

As we start a New Year, UK stocks are buoyed by a variety of factors, including the start of the rollout for the new Oxford-AstraZeneca vaccine, and a satisfactory conclusion to Brexit trade talks on Christmas Eve.

The UK is the first country in the world to start using the Oxford-AstraZeneca vaccine, which is lower cost and easier to transport than alternatives.

The manufacturing sector in the UK appears to be growing again, with the latest manufacturing PMI reading coming in at 57.3, its strongest level in over three years. An index reading above 50 indicates the sector is expanding.

With a mixed end to 2020, clients in the manufacturing sector were bringing forward orders to beat the end of the Brexit transition period, and the reopening of the global economy appears to have helped push output higher.

It’s a seventh consecutive month of growth for the index, representing a strong recovery since the initial pandemic-related disruption experienced in the Spring.

While the sector is expanding again, it is waiting to understand the impact of the Brexit trade deal, with widespread stockpiling taking place in December to build up supplies and avoid feared backlogs at ports.

2020 was the worst year in 25 years for the High Street, according to research from the Centre for Retail Research. They reported that nearly 180,000 jobs were lost in the retail sector last year, with further challenges due in 2021 as a result of cash flow problems and rent payments. They are forecasting the loss of a further 200,000 retail jobs this year.

Professor Joshua Bamfield, director at the Centre for Retail Research, said the forecast was the result of “the cumulative effects of months of closure and its impact upon cash flow and rent arrears that will be payable when the moratorium ends. He said:

“Whilst the longer-term effects of the greater use by shoppers of all kinds of online retailing is likely to be hugely damaging for physical stores.”

As we start 2021, the rising levels of Covid infections place the UK economic recovery on the back foot. Tougher lockdown restrictions are limiting opportunities for rapid economic growth, following the worst recession in 300 years.

The rollout of a mass vaccination programme gives some room for optimism as we move through the year, but it will take time for this to scale up and for its positive impact to be felt.

The Office for Budget Responsibility expects the UK economy to grow by 5.5% this year, which would be its strongest rate of growth since the late 1980s. It is likely, however, to take until late 2022 before the size of the UK economy exceeds its pre-pandemic level.

Unemployment levels are expected to rise sharply this year, peaking in the summer. The OBR thinks unemployment levels will rise to 7.5% by the middle of the year, which represents 2.6 million people unemployed. Unemployment was at 4% before the onset of the pandemic.

Price inflation is expected to remain low this year, despite extensive monetary and fiscal stimulus taking place. The Consumer Prices Index (CPI) measure of price inflation has fallen to 0.3% in the past year, significantly lower than the Bank of England target of 2%.

Any rapid economic recovery later in the year could fuel price inflation, which might lead the Bank to hike interest rates. But this scenario seems unlikely at the current time, with tackling the economic ramifications of the virus still a government and central bank priority.

House prices are expected to fall this year, after rising strongly in 2020. Average property prices did well last year thanks to a stamp duty holiday and changing buyer behaviour, with a desire to live away from cities and have space to work from home. Prices are likely to fall this year because of rising unemployment levels and the end of the stamp duty holiday in March.

Away from conventional investments, speculators have pushed the price of Bitcoin above $34,000 for the first time. The intangible crypto asset rose in price by 300% last year. Bitcoin is becoming more expensive because of the growing levels of institutional investment interest and more widespread consumer buying options.

The price of benchmark Brent Crude Oil stands at $51.46 a barrel at the start of January.

The benchmark 10-year government bond (gilt) yield fell in December, starting the year at 0.171%, which is incredibly low by historical standards.