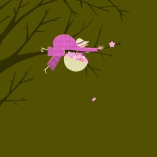 Job vacancies exceed one million for the first time.

For the first time on record, the number of job vacancies in the UK has exceeded 1 million.

The latest official figures from the Office for National Statistics (ONS) show an estimated 1,034,000 job vacancies in the UK between June and August this year.

Job vacancy recorded began twenty years ago, and this is the highest figure ever recorded in that time.

Before the onset of the pandemic, when the ONS reported figures for January to March 2020, the number of vacancies was 249,000 lower.

Alongside these startling figures is data showing the number of workers has rebounded to exceed pre-pandemic levels.

There are now 241,000 more workers on UK payrolls between July and August, 1,000 more than the figures recorded before the onset of the pandemic.

Unemployment figures fell again, falling to 4.6%, in line with predictions from analysts.

According to the ONS, there has been a ‘strong increase’ in the employment rate for 16 to 24 year olds, with the unemployment and inactivity rates decreasing.

During the pandemic, young people experienced significant increases in unemployment in the retail, hospitality and leisure sectors.

These sectors have experienced the most significant growth, with the number of job openings in the accommodation and food services sector increasing by 75.4%.

He also said that around 1.5 million people remain on furlough, as the government jobs support scheme comes to a close this month, leading to jobs uncertainty.

“The furlough scheme comes to an end in September and we still see significant numbers of people on furlough in August.

“Our own numbers were that it’s around 1.5 million, from surveying businesses.

“Roughly half of those people are on partial furlough, but half of them were actually on full furlough, and we don’t know what’s going to happen to them when the scheme ends at the end of September.”

“However, there is still the prospect of a sharp rise in unemployment when the Coronavirus Job Retention Scheme unwinds at the end of this month.

“The data also show continuing weaknesses in London and in particular in hospitality and the arts, where many young people have traditionally been employed.

“While the number of young people in work has risen again, it is still below the levels in the early part of last year. Self-employment, too, is still well beneath the pre-pandemic figure.

“Vacancies are at record levels, indicating strong demand in the labour market, but also a mismatch between job seekers and the types of work available.

“This reflects the changing structure of the labour market as we move into the ‘new normal’, with the continuing weakness of the high street and the jobs which have traditionally clustered around office employment, while opportunities surge in logistics, heavy goods vehicle driving and IT.

“Employers report difficulties with finding suitably trained and experienced applicants, one factor in which is the continuing fall in the numbers of EU nationals in the workforce.

“So although the UK labour market is in a much better place than seemed possible in the middle of last year, complacency would be the wrong response to today’s figures.”