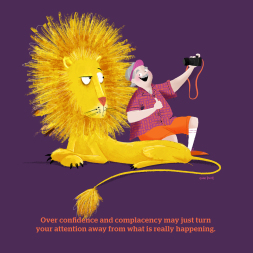 Lasting impact of the global

With the global financial crisis of 2008 now a distant memory for many, its lasting economic impact is particularly hard felt by the younger generations.

New analysis has found that workers in their 30s are still feeling the pinch in their pay packets.

In fact, the typical pay for this generation remains 7% lower than it was at its pre-crisis peak.

This is according to the latest Earnings Outlook from the Resolution Foundation, who found that the unwelcome return of a pay squeeze in 2017 was followed by a return to recovery in 2018.

They are forecasting that pay should strengthen in the early part of this year, heading towards 1.5% wage growth. This is thanks to easing price inflation and nominal pay growth staying above 3%.

If this forecast materialises, it would represent the strongest pay growth since the EU Referendum in June 2016. It does however keep average wages at 2.1% below their peak experienced prior to the global financial crisis.

Looking back over the past decade, the analysis shows that the scale and lasting impact on wages of the global financial crisis has been significant, but varies considerably by age.

Younger workers, those who were in their 20s during the financial crisis, appear to have been the biggest victims. They have experienced an 11% peak to trough fall in average wages.

Resolution Fountain also believes there are signs of ‘scarring’ effects on their earnings.

By comparison, those workers in their 20s today are experiencing signs of strengthening pay.

But those in their 30s have average pay the further from pre-crisis levels.

The pay of workers aged 50 and over is now above pre-crisis levels.

The Foundation says that this latest data adds to the evidence that many of those who entered the labour market during the financial crisis have seen their pay packets permanently scarred.

This risks making it even harder to cope with the income pressures they are likely to be facing in their 30s, including the financial costs of raising children.

Nye Cominetti, Economic Analyst at the Resolution Foundation, said: “Britain has experienced a truly horrendous decade for pay, but an increasingly tight labour market is finally starting to deliver a pay recovery.

Whether this recovery continues to build momentum in 2019 will depend in large part on what happens with Brexit.

“But there remains a lot of ground to make up before we return to pre-crisis pay levels – especially for those workers unlucky enough to enter the labour market during the financial crisis. Workers in their 30s today are still earning 7 per cent less than thirty somethings did on the eve of the crisis.

“This scarring effect on the wages of today’s thirty somethings is particularly concerning at a time when many are facing the increased income pressures of bringing up children or aspiring to own their own home.”

For workers of all ages looking for stronger pay growth, the Outlook does offer clear evidence-based advice; leaving your current employer can result in a 4% ‘disloyalty bonus’.

They found that people staying in the same job last year experienced real pay growth of 0.5%, compared with 4.5% for those who changed employers.

This disloyalty bonus might seem an attractive and relative simple way to boost pay, but people in their 30s and 40s tend to switch jobs around half as frequently as people in their 20s.

The Foundation says that for these pay-squeezed millennials, now might be the time to finally make a reality of their long-held stereotype, and start job-hopping.

If your pay is a concern, then it’s important to consider all parts of the financial planning equation; money in and money out.

By saving money on essential and non-essential expenditure, and allocating more of your earnings towards your long-term financial goals, you can make a meaningful difference to your future financial prosperity, regardless of broader economic conditions.