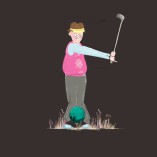 The government could overhaul the legal process for appointing a power of attorney.

The proposed changes to the power of attorney system are designed to address criticism that it is currently too slow and difficult to use.

More than 5 million Lasting Powers of Attorney (LPAs) have been registered in England and Wales, giving a nominated individual (or individuals), known as attorneys, the power to make financial and health decisions on behalf of someone else, if they lose capacity to make their own decisions.

But the current system uses paper-based applications, and it can take months for powers to be granted.

If reformed, the LPA system would become primarily digital, although those who cannot use the Internet would still have access to paper forms.

What follows is a three-month consultation to consider how technology can improve the process for witnessing LPAs and enhancing access, and speeding up the process.

The government will also consider introducing a fast-track system for those families who need to rapidly establish an LPA for a relative who suffers a sudden change in their mental capacity.

It will look at making changes to objecting to an LPA, making this more straightforward, and introducing new safeguards designed to protect against fraud and abuse.

“A lasting power of attorney provides comfort and security to millions of people as they plan for old age. These changes will make the service quicker to use, easy to access and even more secure from fraud.”

Nick Goodwin, Public Guardian for England and Wales, said the reforms would make the LPA service “fit for the modern world”.

“More people are taking the vital step to plan for the future by applying for lasting powers of attorney, and we want to make sure that it is as safe and simple as possible to do so.”