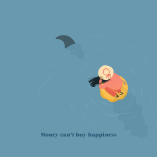 The latest official figures come at a pivotal moment for the UK economy, ahead of the 31st October Brexit deadline and indications of a new deal.

Price inflation failed to rise in line with the expectations of economists last month.

The official rate of inflation remained low due to falling petrol prices. Prices at the pump fell by their fastest pace in more than three years, reigning in an inflationary rise in the year to September.

Fuel prices fell by 2.1% compared with a year earlier.

It means the Consumer Prices Index (CPI) measure of price inflation remained at 1.7% in the year to September, at the same rate of growth as the year to August.

Inflation remains at its lowest rate since December 2016, despite a poll of economists forecasting it would rise to 1.8%.

These latest inflation figures do however confirm earlier expectations from the Bank of England that price inflation would average 1.6% in the final quarter of the year.

According to ONS statistician Mike Hardie, “motor fuel and second-hand car prices fell, but were offset by price increases for furniture, household appliances and hotel rooms.”

Inflation expectations have also started to cool. These public expectations of price inflation had risen to their highest level in years, before beginning to fall.

The UK’s unemployment rate rose by 0.1% in the latest quarter compared with the previous three months.

It reached 3.9% between June and August, according to the Office for National Statistics.

“The employment rate is still rising year-on-year, but this growth has cooled noticeably in recent months.

Among the under-25s, the employment rate has actually started to fall on the year.

Pay growth continues to outstrip inflation, as it has done for over 18 months now.”

This was, however, a markedly weaker jobs report than expected, according to leading economists.

“Low inflation alongside falling employment is a worrying sign the economy is weakening.

The government needs an urgent plan to protect growth by speeding up higher public sector investment.

“And MPs must stop the prime minister from forcing through the hardest possible Brexit, which would harm jobs, rights and livelihoods.”