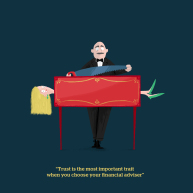 The latest official figures show price inflation in the UK falling to its lowest level in nearly two years.

According to the Office for National Statistics, the Consumer Prices Index (CPI) measure of price inflation has fallen to 2% in the year to December.

It was previously at 2.2% in the twelve month period to November 2018. This CPI inflation measure includes housing costs for owner occupiers.

The ONS say that this fall in price inflation was largely the result of falling petrol prices and air fares.

For air travel, ticket prices did rise between November and December, but they did so more slowly than in the same period a year earlier.

Whilst petrol prices and air travel contributed to falling inflation, there was inflationary pressure from higher prices from accommodation services and, to a lesser extent, mobile phone charges, games, toys and hobbies, and food.

Mike Hardie, head of inflation at the ONS, said:

“Inflation eased mainly due to a big fall in petrol, with oil prices tumbling in recent months.

“Air fares also helped push down the rate, with seasonal prices rising less than they did last year.

These were partially offset by small rises in hotel prices and mobile phone charges.

“House price growth was little changed in the year to November, with buoyant growth across much of the UK held back by London and the South East."

These latest inflation figures were close to expectations from economists.

With the official measure of inflation falling close to the Bank of England target of 2%, it makes it less likely that the Bank will need to hike interest rates in the near-term.

An interest rate rise was less likely with continued Brexit uncertainty and its unknown impact on the British economy in 2019.

According to the National Institute of Economic and Social Research (NIESR), inflationary pressures could be stabilizing following a long period above the Bank of England’s inflation target.

This conclusion is based on new analysis of 137,925 goods and services prices included in the inflation index this month.

The NIESR said that underlying inflation rose by 0.1% to 0.7% per cent in the year to December 2018, as measured by the trimmed mean, which excludes 5% of the highest and lowest price changes.

At a regional level, underlying inflation was highest in London at 1% and lowest in the South East at 0.4% in the year to December 2018.

17% of goods and services prices changed in December, implying an average duration of prices of 5.9 months.

“CPI inflation fell to 2.1 per cent in the year to December 2018. Based on our analysis of 135,000 goods and services in the basket, we found that inflationary pressures are stabilizing.

“Our measure of trimmed mean inflation, which excludes a fraction of the most extreme price changes, increased by 0.1 percentage points to 0.7 per cent in the year to December, having been on a disinflationary trend for more than a year.

“Given the historical relationship between current trimmed mean inflation and future CPI inflation, this level of core inflation is consistent with the Bank of England’s target over the coming twelve months.”

From a Financial Planning perspective, it’s important to understand price inflation trends as these can and do erode the buying power of a fixed income over longer periods of time.

Sensible assumptions about inflation should be factored into your Financial Plan and lifetime cash flow forecast.