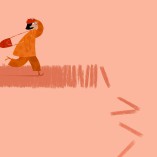 New energy strategy but no immediate help for rising prices.

Energy is, unsurprisingly, on our minds right now.

Rising prices for gas, oil and electricity, concerns about energy security following Russia’s invasion of Ukraine, and a pressing need to decarbonise the industry are critical factors.

The government has published a new energy strategy for the UK, but it seems unlikely to do much (if anything) to help those families currently struggling with soaring prices.

According to Prime Minister Boris Johnson, the “long-term plan” focuses on energy supply.

Under the new plans, up to 95% of our electricity generation could come from low-carbon sources by 2030.

Offshore wind is a significant focus of the strategy, to generate up to 50 gigawatts (GW) of energy from offshore wind turbines by 2030. That’s enough electricity to power every home in the UK.

There are also plans to invest in nuclear power, creating a new organisation called Great British Nuclear to generate up to 24GW from nuclear power stations by 2050, around a quarter of projected UK electricity demand.

Eight new reactors are planned, all built on existing sites, with a new reactor approved every year through until 2030.

There are also plans in the strategy for new hydrogen reactors, reformed rules for solar panel installation on homes, and a new licensing round for North Sea oil and gas projects.

The new energy strategy was met with a mixed reaction. Environmentalists and experts raised concerns about the apparent absence of measures to insulate homes, improve energy efficiency, and reduce demand.

“RLAM welcomes the ambition to further decarbonise the UK’s electricity by 2030, however we expected more focus on delivering the multiple strategies and ambitions for a low carbon energy system.

“Notably, crucial funding for energy efficiency is still lacking. The UK urgently needs a short-term emergency energy plan to fight the current gas price crisis, as well as a long term strategy. The heat pump funding promise does not go far enough and will take too long to tackle the current crisis and urgency to reduce dependency on gas.

“Reopening the focus on North Sea oil supplies and fracking gas doesn’t alleviate short-term lack of supply and does not fit in with the government’s Net Zero aims.”