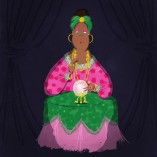 The latest official figures show that the cost of living continues to soar.

Price inflation figures from the Office for National Statistics (ONS) show the Consumer Prices Index (CPI) measure of inflation rising by 6.2% in the 12 months to February.

Despite many commentators suggesting last year that this bout of price inflation would be ‘transitory’, the Bank of England now expects high price inflation for the remainder of the year.

Further inflationary pressures are coming next month when the Ofgem domestic energy price cap is increased.

The average household energy bill will rise by £693 a year, with a further increase expected in October that could push annual bills above £3,000.

Chancellor Rishi Sunak addressed rising prices in the introduction to his Spring Statement, explaining that the Russian invasion of Ukraine had a “significant impact” on living costs here in the UK.

Despite widespread calls for more help to address rising energy bills, the Chancellor only cut fuel duty by 5p a litre, a move likely to be absorbed by an already volatile wholesale market.

According to the ONS, wholesale gas prices have risen by around a third in the past year, with electricity prices up by around a fifth.

Average diesel prices have also reached record highs, and prices rose 1% in a month, their highest monthly rise since 2012.

Announcing the latest official inflation figures, Grant Fitzner, chief economist at the ONS, explained that the price of other goods has also risen, including toys, clothing and furniture. He said:

“The price of goods leaving UK factories has also been rising substantially and is now at its highest rate for 14 years.”