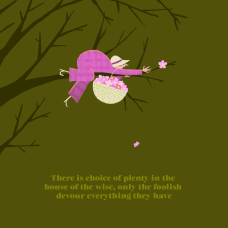 Price inflation slips back to target.

Price inflation is back in the news, with the latest official figures showing an unexpected fall.

With an uncertain outlook for the British economy, and Brexit still looming large as Tory leadership hopefuls battle it out to become the new Prime Minister, it’s perhaps unsurprising to see this economic measure flip-flopping around.

According to the Office for National Statistics, the Consumer Prices Index (CPIH) measure of price inflation, including owner occupiers’ housing costs, fell to 1.9% for the year to May 2019.

This price inflation measure stood at 2% a month earlier.

CPHI slipped back slightly in the year to May as a result of falling fares for transport services, especially airfares.

The timing of Easter influenced the lower cost of air travel in April.

Another downward pressure on the official inflation measure was falling car prices.

There was, however, some upwards pressure on price inflation from higher prices for a range of games, toys and hobbies, furniture and furnishings, and accommodation services.

The Consumer Prices Index (CPI) measure of price inflation also slipped back in the latest figures, falling to 2%, which is the official Bank of England target for inflation.

“Despite the slight rise in last month’s CPI figures, today’s fall down to 2% is a symptom of the uncertainty plaguing the British economy.

“The latest figures prompt fresh speculation over whether the Bank of England’s Monetary Policy Committee will raise interest rates this year.

Interest rates will need to increase soon to keep inflation in check.

“However, mired by Brexit difficulties, the Bank of England’s hands are tied, and it is unlikely the BOE will act on interest rates. For now, all eyes in the markets will be on any Brexit-related developments, particularly those related to the Tory party leadership contest.”

With inflation falling back to the Bank of England’s target level of 2%, there seems little real prospect of their Monetary Policy Committee hiking interest rates during their next meeting this month.

Uncertainty around political leadership and no resolution for the Brexit stalemate makes it very unlikely the Bank will tinker with rates until the economic picture becomes much clearer.

Savers should, therefore, continue to shop around to identify the most competitive interest rates.

Borrowers should be taking this prolonged period of low-interest rates as an opportunity to repay their debt before the cost of borrowing rises in the future.