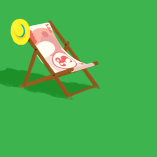 Retirement spending falls as we get older.

How are newly retired pensioners spending their money?

According to a new analysis by the Institute for Fiscal Studies (IFS), the newly retired are spending more on holidays through their 60s and 70s, as retirement incomes increase faster.

Retirement spending is then declining once retirees enter their 80s.

The figures suggest that retirement incomes are rising due to higher state pension income and receipt of survivors’ benefits.

Because retirement incomes are increasing faster than spending, the savings rate is also rising in retirement.

A big driver for this higher expenditure was spending on holidays, with the annual average spending per person increasing by £430.

Average expenditure on household bills rose by £350 per person, which the IFS says reflects that shared costs tend not to fall when a partner dies.

In contrast, spending for retirees with lower earnings stayed broadly flat throughout retirement.

The IFS reported that the average household income per person for retirees aged 62 and over increased strongly with age.

However, the IFS warned about “important implications” for future retirees, saying:

“In the new, complex world of low interest rates, high inflation and managing drawdown, they shouldn’t bank on being happy with spending falling as they get older.”

Heidi Karjalainen, a research economist at IFS and an author of the report, said:

“As retirement incomes are increasingly funded by defined contributions pots, which can be accessed flexibly, more and more retirees face complex and consequential decisions about how quickly to draw down their pension wealth.

“If the spending patterns of current retirees are a good guide to how people in the future will want to spend, planning drawdowns on the basis of reduced spending needs in later retirement may not be wise as it may result in unexpected shortfalls in living standards at older ages.

“While average pension incomes have grown strongly with age in recent years, leaving many retirees with more resources than they chose to spend, high inflation is reducing retirees’ spending power and – along with the more uncertain outlook – makes careful financial planning all the more important.”