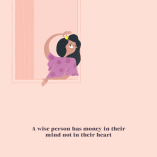 Rise of the female worker.

The adage is, “if you want a job done, ask someone who is busy”.

In the world of insects, most of the work is done by the females; all daughters of the Queen of the colony.

When it comes down to human beings, both men and women carry out the work. But more and more women are entering the workplace, pushing employment levels to a new high.

A record number of women in full-time employment has pushed the UK’s employment rate to 76.3%. That’s according to the latest figures from the Office of National Statistics.

Some of this growth may well be down to recent changes in the State pension age for women, resulting in some having to work longer before they start to receive their State pensions.

Others may want to continue to work through choice or perhaps because the level of income the household needs is more significant than that produced by the breadwinner.

Alongside the growth in women in full-time employment, a record level of self-employed people has been reached, with self-employment accounting for 5 million people for the first time.

This may have an impact on the Bank of England Monetary Committee decision to hold interest rates where they are because levels of employment are one of the metrics used to determine rate rises.

One thing that might annoy women who have not chosen full-time employment but instead remain at home to raise a family is to label them as “not working.”

We all know that looking after children represents one of the hardest jobs there is!

“Today’s employment figures takes the number of people in self-employment to a record 5 million. This is up more than 50% (1.8 million) since the turn of the century.

“It is very worrying that personal pension saving among the self-employed has fallen to a record low over the same period – from a high of 1.2 million savers in 2002 to just over 400,000 today.

“Automatic enrolment has been brilliant at introducing millions of employed workers to pensions. But the rising army of self-employed and gig economy workers are being left behind. This is even more concerning when you consider that self-employment is most prevalent in the 45-54 age group – an age when retirement planning is crucial.

“While the problem is recognised, a response remains absent. Today’s employment figures highlight the need for the government and the industry to redouble its efforts to find a solution.”