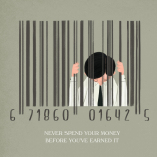 Price inflation rose last month, following the end of the Eat Out to Help Out scheme.

The Consumer Prices Index (CPI) measure of price inflation rose to 0.5% for the year to September, up from 0.2% a month earlier.

Contributing to this rising price inflation was the end of the discount meal scheme, pushing higher prices in restaurants.

Prices for catering services rose by 4.1% between August and September, compared to a 0.2% rise between the same two months last year.

Another contributing factor to the higher inflation was transport prices, with rising demand for second-hand cars.

The September CPI inflation figure is important because it is used to determine increase to a range of prices next April.

Despite price inflation at 0.5%, the State Pension will increase next year by 2.5%, at five times the rate of inflation, due to the triple-lock mechanism.

The State Pension triple guarantees income will rise by the highest of inflation, earnings growth or 2.5%.

With 2.5% the highest of these three measures, that’s the inflation rate that will be applied to State Pension income next year.

“With annual CPI inflation at 0.5% and average earnings decimated by the COVID pandemic state pensions will rise by 2.5% next year in line with the pension triple lock rules.

“This means from April next year pensioners receiving the new state pension will receive approximately £9,340 – a boost of £230 per year.

“While the triple lock plays an important role in safeguarding pensioner incomes it will leave government with a headache next year. With wage growth expected to rebound we could see pensioners receiving record rises in state pension which will stretch government purse strings even further.”

It’s the fourth time that the State Pension will increase by 2.5%, instead of inflation or average earnings.

Another pensions-related increase due as a result of the September CPI figure is a change to the Lifetime Allowance for tax-privileged pension savings.

“Another small increase in the amount people can save into a pension before being hit by the lifetime allowance is helpful and will present new financial planning opportunities.

“However, it again highlights the complexity of having restrictions as people make pension contributions and restrictions when people take benefits.

“Simply scrapping the lifetime allowance and letting the annual allowance do its job would simplify the system and not penalise those people who benefit from good investment growth.”