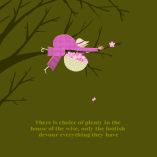 Spending on hold due to Brexit.

With an uncertain political future comes uncertainty around the economy and our personal finances too.

New research has found that 30% of UK adults have made changes to their spending habits due to this uncertainty.

The research, carried out by KPMG UK, found that 22% of adults have held off making big-ticket purchases. Nearly one in ten have missed out on an overseas
holiday due to Brexit uncertainty, and 6% have put off investing in stocks and shares.

8% of people have put more money into their cash savings, ‘just in case’.

According to Paula Smith, Head of Banking at KPMG UK, “It is clear people are uncertain about the future, spending and investing less while saving more.

However, whilst people work to protect their finances from Brexit uncertainties, interest rates remain stubbornly low so savings aren’t really working for people.

“The business world has been cautious about investing for growth since the referendum and that’s clearly playing through into the real economy and people’s
financial confidence.”

This impact of Brexit uncertainty on our personal economics appears to have had the most significant impact in London.

In the City, nearly half of people have postponed a big-ticket purchase or added to their savings to create a cash buffer.

However, overseas holidays have not been sacrificed by people living in London to the same extent as in the rest of the country.

The research found that 12% of men have delayed buying a new property or making home renovations, with 7% of women taking the same precautions to
preserve their capital.

“These figures bring to light just how much Brexit has impacted people’s everyday lives. We can see this in the way that people are delaying significant purchases such as new cars or foreign holidays.

“When looking at travel and holidays in particular, fears around flight paths and border controls are clearly playing out in people’s actions, and of course
the fall in the value of sterling won’t have done much to entice people overseas either.

For these consumer businesses, the focus has to be on remaining agile so as to ride this wave of uncertainty.

“Those that can achieve this may even benefit from pent up demand when clarity finally does return to both businesses and consumers.”

While nobody can say for sure what will happen next with Brexit, or what the economic consequence will be as a result, it always makes sense to review your
personal finances and get them in good shape, in preparation for an uncertain future.

In simple terms, this usually means establishing a household budget, clearing expensive debt, putting in place an emergency fund of cash savings, reviewing
your financial protection needs, and investing for the future.