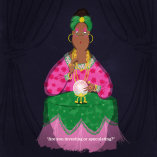 Sting in the tail of the WASPI.

The General Election promises to the electorate from the competing political parties took an interesting turn this week with Labour's promise to compensate the WASPI women.

Women Against State Pension Inequality (WASPI) has mounted a vigorous campaign over time to try to raise the profile of their claim and win compensation for changes in the state pension age for women born in the 1950s.

Under the Pensions Act 2011, women's State Pension age was increased more quickly to 65 between April 2016 and November 2018. After December 2018 the State Pension age for both men and women started to increase to reach 66 by October 2020.

WASPI women felt that these changes were not well communicated giving them little time to prepare for retirement by funding other forms of savings.

The Labour promise is mainly aimed at women born between 6th April 1955 and 6th April 1960 (the most affected group in terms of the increase in State Pension age) Compensation for women in this group could amount to as much as £31,300 over 5 years in the form of an increase in their weekly State pension.

However, the numbers are large, and a total cost to the Treasury of £58bn has been indicated. Where this money will come from is not clear although the obvious source is further borrowing on top of the all-ready mouth-watering borrowing announced in the Labour manifesto.

"The government failed women born in the 1950s. They stole their pension."

It is noteworthy that the bulk of the compensation relates to changes in the State Pension age introduced in 1995 by the then Labour Government.