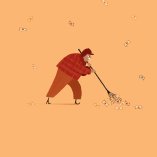 Have you stopped saving into your pension as a result of the Covid-19 pandemic?

New research from Legal & General has found that workers in their fifties who put pension savings on hold could be nearly £100,000 worse off at age 75.

The calculations show the impact on pension savings for those in their fifties who stopped monthly contributions and failed to start saving again, but continued working full-time until their retirement.

Legal & General initially ran their research back in May, and found that people aged 50 to 59 years old had cut back on their retirement savings by an average of £175 a month.

Updating the research, it turns out that the average being saved towards retirement remains £165 a month lower than it was before the onset of the pandemic.

We know that Covid-19 is placing a great deal of strain on personal finances for many, and there are some dire predictions about the future economic impact of the pandemic.

Cutting back on pension contributions can feel like a logical place to start when finances are tight.

By opting out of payments, they would be left with a pension pot over a third smaller at £170,617, compared to the £269,297 they would amass if they maintained their regular monthly contributions.

This assumes that the individual continues to work full time up until their retirement age.

Opting back in quicker means losses are limited further; paying back into the scheme within a year means losses of £4,274 and a break of just 6 months means being £2,517 worse off in retirement.

A 50-year-old aiming to retire at the age of 70 would be retiring with £204,225 if they stopped contributions entirely, £65,331 less than if they had carried on making regular payments.

If you’re in your fifties and want to retire by the age of 65, stopping or cutting pension contributions could make this goal difficult to achieve.

If the same saver was able to start making contributions again within 3 years, they would accumulate a pension pot of £145,180, missing out on £8,441.

“The pandemic has thrown millions of people’s retirement plans off course and has inevitably forced many of those struggling to make ends meet to opt-out of their workplace pension.

“For those in their fifties, stopping contributions now can have a big impact on their savings and ability to retire as planned. From our own research, we already know that that 1.5 million workers aged over 50 will delay their retirement as a direct result of the Covid-19 pandemic, with workers who had been furloughed or taken a pay cut during the pandemic most likely to delay retirement.

“These are of course challenging times, but while it may be hard to look past current difficulties, it is important not to lose sight of the long-term benefits of saving into a pension to secure a comfortable retirement.

“Despite current circumstances proving challenging, we would urge those who have already saved something for retirement to maintain their contributions. Pausing them may be tempting, however people should explore every possible alternative before considering this.

“For those who have already taken the difficult choice to opt-out, our projections highlight how vital it is to prioritise enrolling back into the scheme as soon as they are able to do so, to limit the losses to their retirement fund.”