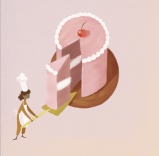 Tax cuts could be difficult as public spending is set to soar.

Central to the Tory leadership debate is how the next Prime Minister will tackle soaring price inflation.

According to a new report from the Institute for Fiscal Studies (IFS), the promise of tax cuts to ease the cost of living crisis is now in doubt.

Instead, the Treasury will likely face a significantly higher bill for social security benefits, state pensions and debt interest.

In the next couple of years, these additional costs are expected to offset the additional tax revenues generated by high inflation in spite of lower economic growth.

“As a result, the forecasts accompanying the forthcoming autumn budget are likely to show the near-term public finances in a weaker position than forecast by the Office for Budget Responsibility (OBR) back in March.”

This weaker outlook for the public finances comes before any tax cuts or additional government financial support, or extra spending on public services that are also struggling with rising prices.

Rishi Sunak and Liz Truss have found themselves in a race to the bottom over tax cuts as they attempt to convince Conservative Party members of their Conservative credentials.

“The two candidates for prime minister also need to recognise the even greater than usual uncertainty in the public finances. Additional borrowing in the short term is not necessarily problematic — and indeed may be appropriate to fund targeted support.

“But large permanent tax cuts would exacerbate already substantial pressures on the public finances — as spelled out by the OBR only last month — unless matching spending cuts can be delivered.

“In reality significant spending increases are likely to be needed in face of high inflation.”

The research forms an early extract from the 2022 IFS Green Budget report, funded by the Nuffield Foundation. It is based on the latest Bank of England forecasts for inflation and growth.

In 2023/24, public borrowing is forecast to increase by £23 billion due to additional spending on social security benefits and state pensions (up £4 billion on current forecasts, to £275 billion), and debt interest (up £54 billion to £104 billion), only partially offset by higher revenues, which are forecast to be up £34 billion.

The IFS also warned in its report about additional pressures on the public finances, as high as tens of billions, to provide continued support to households struggling with the rising cost of living and to bail out public services that are fighting inflationary pressures.

Carl Emmerson, deputy director of the Institute for Fiscal Studies and an author of the report, said:

“The reality is that the UK has got poorer over the last year. That makes tax and spending decisions all the more difficult.

“It is hard to square the promises that both Truss and Sunak are making to cut taxes over the medium-term with the absence of any specific measures to cut public spending and a presumed desire to manage the nation’s finances responsibly.”