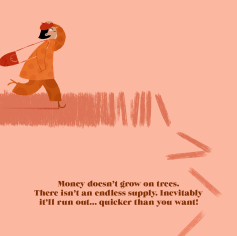 One of the biggest stories of the past century has been a steady and impressive rise in life expectancy.

Life expectancy has been on the rise globally for many years, and despite recent suggestions of a slowdown or pause in life expectancy improvements, we can enjoy many more years of life (on average) today than ever before.

The latter describes the number of years we can expect to live, on average, in good health.

As Financial Planners, we’re naturally interested in how long our clients might live; this is, after all, a critical factor in understanding whether you are likely to run out of money during your lifetime.

Equally as impressive is the likely length of time our clients might spend in poor health in later life before they die.

According to the Office for National Statistics, in England, the gap in life expectancy at birth between the least and most deprived areas of the country was 9.4 years for males and 7.4 years for females.

For Wales, this gap in life expectancy at birth was 9.0 years for males and 7.5 years for females.

For healthy life expectancy, the difference was 18.1 years and 19.4 years respectively.

The ONS also reported that, from 2012 to 2014, there have been statistically significant increases in the inequality in life expectancy in England for both males and females at birth, and at age 65.

They found that the inequality in female life expectancy at birth had the most significant growth, rising by 0.5 years.

In England, the growth in the female inequality came from a statistically significant reduction in life expectancy at birth of almost 100 days among females living in the most deprived areas between 2012 to 2014 and 2015 to 2017, together with an increase of 84 days in the least deprived areas.

In Wales, the most deprived females were living up to 11 years more in a more reduced state of health than their least deprived counterparts.

What does all of this mean for our work as Financial Planners? It’s often said that averages hide a vast range of outcomes.

We accept that none of our clients are ‘average’ and each will have a very different likelihood of exceeding typical life expectancy and healthy life expectancy figures.

In deciding on a reasonable assumption for both expectancies within our Financial Plans, we need to consider a ‘worst case’ scenario that allows our clients to live longer than ordinarily expected; but also to spend more time in poor health, with the financial implications of this factored into plans.