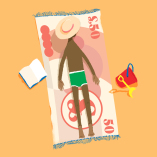 A new trial to examine the benefits of a four-day work week is underway in the UK.

Seventy businesses have given their 3,300 employees a three-day weekend without any loss of pay.

However, workers participating in the trial have been asked to maintain 100% of their productivity for 80% of the time.

A wide range of businesses and charities are taking part in the trial, organised by academics from Oxford and Cambridge Universities, and Boston College in the US.

The four-day working week trial runs from June to December.

Juliet Schor, professor of sociology at Boston College, and lead researcher on the pilot, said:

“The four-day week is generally considered to be a triple dividend policy — helping employees, companies, and the climate.

“Our research efforts will be digging into all of this.”

While 70 organisations are taking part in the study, only 28 have publicly announced their involvement.

If the pilot study is successful, firms could make the four-day work week a permanent part of their business after the six-month trial.

Mark Downs, chief executive of the Royal Society of Biology, one of the larger employers to take part in the pilot, said:

“The four-day week pilot is a fantastic opportunity to challenge another long standing truism — that to deliver quality you must work long hours.

“RSB believes joining the vanguard of a four-day working week movement will position us as a leading employer, allow us to retain and attract the best staff and to continue to deliver impact and value. It will be another important string in the bow of flexible working leading to greater diversity of thought and people.”

Similar four-day work week trials will be taking place in the US, Canada, Ireland, Australia and New Zealand. Trials are already underway in Spain and Scotland.