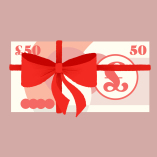 Your paper banknotes will expire soon!

The days of paper banknotes are numbered, with only 100 days left to spend any old notes in the shops.

The Bank of England has reminded us that £20 and £50 paper banknotes ceased to be legal tender at the end of September.

You need to spend the cash or deposit it at the bank by then.

An estimated 163 million paper £50 banknotes are still in circulation, with around 314 million £20 paper banknotes still in the wild.

Both notes are being replaced with the more durable plastic versions, like the £5 and £10 notes.

Another reason for this transition from paper to polymer is making banknotes harder to counterfeit.

“The majority of paper banknotes have now been taken out of circulation, but a significant number remain in the economy, so we’re asking you to check if you have any at home.”

But what happens if you find a £20 or £50 paper banknote after the end of September?

You can still deposit the old notes in a UK bank account or at the Post Office, but you can no longer spend the money in shops.

The £20 paper notes issued by Bank of Ireland, AIB Group, Danske Bank, and Ulster Bank in Northern Ireland will also be withdrawn after 30th September.

The Bank of England’s paper £20 note featured a picture of economist Adam Smith and was replaced by the polymer version featuring artist JMW Turner.

Despite the end date for the £20 and £50 paper banknotes, you can exchange old currency with the Bank of England anytime.